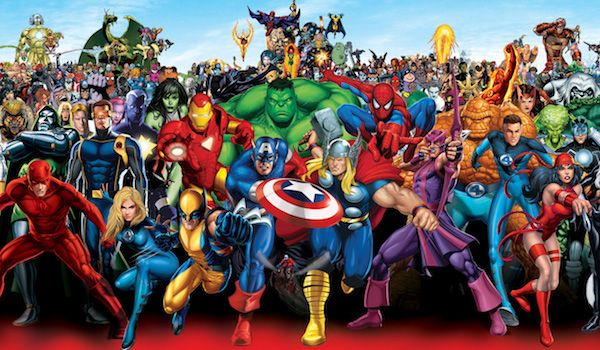 The Dark Knight of Gotham city has to feature here. He is much admired by many because he does not have a specific superpower as such. Although admittedly, he does have enough money to buy weapons and a snazzy car to help him out with his quests, it is his physical strength that gives him a lot of power This means that it can feel that he is the most realistic superhero in that we could all, theoretically become him. The fact that his status also comes from a sad and dark back story when his parents were killed by criminals also makes him a dark, brooding character which is very different to the more perfect personalities of many other superheroes.

The reason that superman is probably so popular is that his alter-ego is so weak. It might make us feel that we can all become a superman if he can do it. Of course, we do not come from another planet but we can still dream! Another attraction to superman is the fact that he can fly. This is something that many of us would dream of doing and the fact tat he does it with ease can make us feel that it is somehow possible. Another attraction to superman is his weakness. He has two really, firstly kryptonite. This is the green stone form his home planet that seems to drain all of his energy – but why some was included in the pod as he travelled down to earth seems an odd mystery. He has an additional weakness in his attraction to Lois Lane. We all know what it is like to be attracted to someone but Superman’s attraction often leads him into trouble as he needs to rescue her from danger above anything else.

Even people with arachnophobia seem to like spiderman. Maybe because he was bitten by a spider to get his spiderlike characteristics and he does not look like one. He is often portrayed as a young boy, perhaps at school or just new to a job which means that he is rather naïve. He is often trying to find a girlfriend or keep his family together, which are problems that many people can relate to. He also does not have massively useful skills, just being able to climb a wall or on a ceiling and fire web does not really seem that useful but somehow it turns out to be enough to help him to fight crime.

Captain America is a Marvel comic hero and always stands up for what is right and good. This means that he is listened to and therefore seems to the head of the Avengers. He has a star on his chest and an A on his forehead and stands up for America. He carries a shield which he uses as an effective weapon when he is fighting and is nearly indestructible. He is the alter ego of Steve Rogers who is a frail young man who used an experimental serum to enhance him to human perfection so that he could help the USA efforts in WWII. However, he was trapped in ice near the end of the war and only let out in modern times so often seems out of place.